Mechanical Dynamics & Analysis (MD&A) performed a turbine bucket redesign & modification on a variable-speed steam turbine. The unit is an essential prime mover for a compressor/chiller.

Blades were found to be in resonance close to the customer’s preferred running speed. The root cause was identified as bucket natural frequency at that speed.

The primary cause of the extensive Stage 3 bucket cracking was a 5 nodal diameter natural frequency resonance with a 5 per revolution harmonic impulse in the steam path.

Modifications of the bucket geometry were deemed necessary to raise the assembled natural frequencies.

Maintaining the original design while thickening the blade trailing edges was considered, but produced an undesirable speed-avoidance range for the customer. Long-arc covers, often effective in suppressing response to resonant stimulus, were also considered but the resulting differences in cover lengths would negate the harmonic benefits.

The solution was bucket redesign, and included:
• Completely detuned vanes with a change of cover material from 403SS to Ti6A14V alloy.
• Thickened trailing edges of the vanes to provide additional vane robustness to withstand the moisture droplet recirculation erosion that was occurring on these edges.

The speed avoidance range of the option chosen is recommended to be lower than 5200 and higher than 5900 rpm, allowing operation within that range and limited operation at less rpm. The redesigned buckets with titanium covers also result in reduced centrifugal stresses because of the lighter mass of both the titanium covers and the modified bucket vanes. 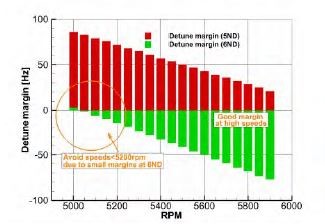 Resonance avoidance is the primary benefit of the new design and is predicted to significantly reduce the vibratory stresses that caused the cracking. The turbine bucket redesign & modification has additional beneficial features:
• Lower centrifugal stresses (because of the lighter mass of both the covers and vanes).
• Thickened trailing edges for additional life.
• Increased radius of the tenon hole (location of cover crack initiation) to decrease stress concentration.
• Rounding of the sharp corners of the bucket root (to lower stress concentration effect).
• Chamfering of the wheel dovetail sharp edges for damage protection.
• Robust assembly of covers (10 and 11 buckets each) compared to the original design (16 and 17 buckets each).
• Reduced steady-state stresses of lighter-mass modified blades at the first hook locations. 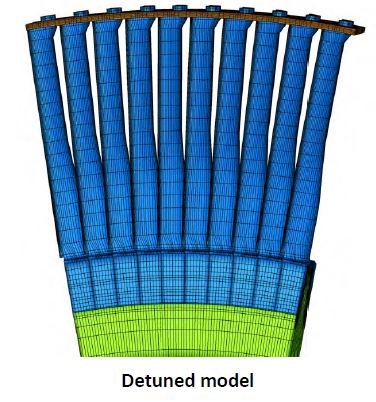 The customer was instructed to avoid running speeds close to 5000 and 5900 rpm, an acceptable operating parameter.

Inspection also showed an axial crack on the outer hook admission side of the 3rd stage wheel. The crack was excavated and blended, modeled and analyzed by FEA, and the repair accepted by the customer.

MD&A’s experts brought this critical unit back online in full compliance with the owner’s operating requirements, and for the long term. The coordination of field response specialists and the vast knowledge of the repair facility team demonstrated our ongoing commitment to innovative gas and steam turbine-generator diagnostics and repair. 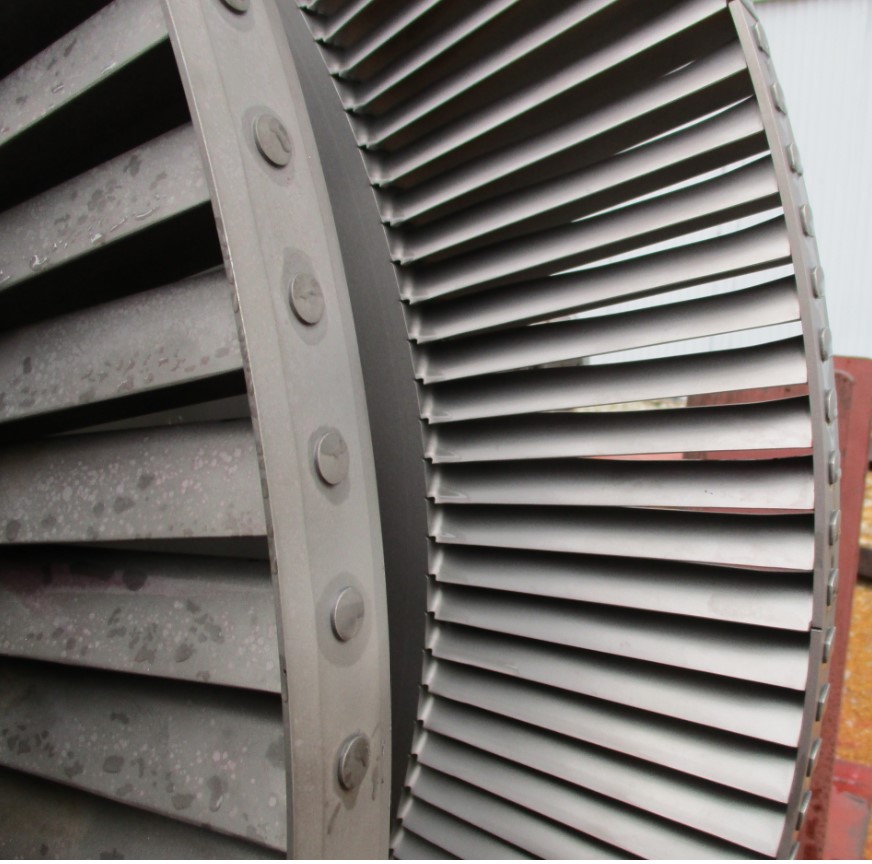 Email This article | Print This Article

Submit the below form or visit our main 24/7 Contact & Locations page.

You can find out more about which cookies we are using or switch them off in settings.

This website uses cookies so that we can provide you with the best user experience possible. Cookie information is stored in your browser and performs functions such as recognising you when you return to our website and helping our team to understand which sections of the website you find most interesting and useful.

Strictly Necessary Cookie should be enabled at all times so that we can save your preferences for cookie settings.

If you disable this cookie, we will not be able to save your preferences. This means that every time you visit this website you will need to enable or disable cookies again.